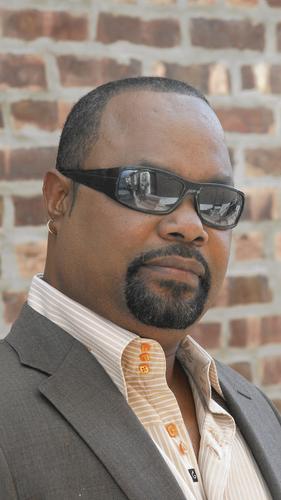 Jazz guitarist Chardavoine would likely be a doctor if it weren’t for George Benson.

While a freshman at SUNY in upstate New York, where he was studying medical technology, Chardavoine (first name: Jean) attended a concert by Benson. As he watched the jazz star lead the band with his guitar, Chardavoine’s medical dreams vanished.

“When you play an instrument and you don’t sing, it’s like you’re always taking the back seat to what the singer is doing,” Chardavoine says. “That was the first time witnessing an instrumentalist leading the band. The guitar was playing the role of the lead singer.”

More than three decades later, Chardavoine is now an established jazz guitarist, with three released albums. He will perform Friday at the Museum of Contemporary Art in North Miami, and Saturday at the Arts Garage in Delray Beach.

But the transition from med student to jazz musician wasn’t so smooth. His parents were less than thrilled when he told them of his plans.

“They actually thought I was out of my mind,” he says. “They told me they wouldn’t pay for college if I majored in music.”

To become financially independent, Chardavoine joined the Army. Three years later, he went back to school to study music. It took decades for him to convince his parents that he had made the right decision. “Years later, they came to see me perform, and they became my greatest fans,” he says.

He says he doesn’t regret a minute of it.

“I love the struggle. I love music. It’s an art that you never stop learning,” he says. “I’m living my dream. I look forward to develop it every day.”

Chardavoine composed his most recent album, 2010’s “The Tribute,” as a homage to the earthquake in his home country, Haiti, fusing jazz with Afro rhythms.

“I did a trip back into my culture, and I learned a lot of different Haitian melodies and Haitian rhythms,” he says. “I put the CD together as a tribute to my culture, to my country, and then I donated revenue to different NGOs.”

He’s currently working on another album, which he says will be released in December.

Your cart is empty
Visit The Shop
Scroll Up